HOME
A Stay-at-home Dad's Restaurant In An Alternate World
Chapter 2393 - The Purple-striped Griffin!

A Stay-at-home Dad's Restaurant In An Alternate World

Shirley stared at Mag, who was holding onto Amy with a gentle smile, in a daze. The idea that was popping up inside her head was too shocking and she wasn’t sure about it at that moment.

If Amy was the princess’ daughter, then Boss would be Alex, that god-like man!

However, this god-like man’s daily tasks were to operate a restaurant, cook and take care of his children?

It was completely different from the image of that man in her impression. ‘cute’ could no longer be used to describe it. It was simply… terrifying!

However, she found Amy to increasingly resemble the princess after this thought popped up in her mind. That pair of beautiful eyes, that silver hair and that equally astonishing talent in magic.

Now as she recalled about the collaborations that Boss had with the Night Elves and all his behaviors, they seemed even more reasonable now.

“This…” Shirley raised her eyebrows. She had complex emotions and facial expressions.

Right at that moment, Mag happened to turn around to look at her.

Their eyes met and Mag smiled gently before retracting his gaze.

“Seems like she can control her emotions after coming back here,” Mag thought. Initially, he was worried that Shirley would feel bad because of her father’s death.

Elliot was arrested by Sally and locked up somewhere. Hence, no one from the Brewster Family would be present to watch the ceremony.

On the platform, an old elven elder looked at Amy and smilingly said, “That child should be Krassu and Urien’s disciple, right? Her talent is indeed amazing.”

“She’s even more amazing than Irina back then.” An elder next to him marveled as well.

“Did anyone check who her mother is?”

“No one knew who she was before, but there was news that her mother had returned recently. She’s a young great magic caster, but no one knows her identity and past.”

“It’s a pity that she’s a half-elf.” An elf at the side lamented.

All the elves kept quiet after that.

Bloodline was the most important factor for racial legacy. Half-elves could never become the elven queen, and would never be accepted by the elves as one of them.

The commotion caused by the Tree of Life and Amy’s interaction soon died down. Soothing music was played and they quieted down.

The coronation ceremony was going to begin.

100 steps of white jade led straight to the altar. There was a long straight walkway that was five meters wide at the end of the white jade steps. Black Queensguard with swords were lined up on both sides.

Soon, Sally would walk across this long walkway to access the white jade stairs to the altar and complete the coronation there.

The music played and Sally appeared at the end of the walkway surrounded by her guards.

It was solemn and quiet.

All the elves focused their gaze onto Sally.

Today, she would be crowned as the elven queen here.

“Is the princess coming today?” Firis looked around her. She had put on a disguise to avoid unnecessary trouble.

Mag’s gaze swept around, but he didn’t see Irina. Just as he was puzzled, he heard a commotion from the Black Queensguard at the periphery.

“The purple-striped griffin!” Someone exclaimed.

Everyone looked towards the sky as a griffin that was glowing in purple light dived downwards.

A few 10th-tier elven powerhouses on the platform stood up with their magic caster’s staffs and wands at the same time.

Meanwhile, all the Black Queensguard drew out their swords. The atmosphere became tense instantly.

Today was Sally’s coronation ceremony. Were Alex and Irina here to make trouble?

“What is Little Ah Zi doing here?” Amy mumbled softly. Ugly Duckling, who was dozing in her arms, opened its eyes, arched its back with bristled fur and made soft growling sounds.

“She finally arrived.” Sally looked up at the diving purple-striped griffin calmly, as though she wasn’t surprised. She wasn’t panicking at all either.

No one was in a hurry to react either.

Everyone present knew that if these two had the intention to disrupt today’s coronation ceremony, no one was able to stop them.

Even though they felt humiliated, it was an undeniable fact.

Even their greatest reliance—the Tree of Life, was waving its branches happily with enthusiasm at the guest in the sky?

The purple-striped griffin landed on the altar. Only Irina was on the griffin’s back.

Irina, who was wearing a long silver dress, came down slowly from the griffin’s back. She stood on the white jade altar as she caressed the branches that were twirling around her gently with a smile.

“Go on.” Irina told the griffin and it took off. It hovered around in the air.

The elves looked at Irina on the altar. The Tree of Life’s branches were encircling her, making her look increasingly holy. The nobleness between her eyes seemed so natural. Even though her power was restrained, her power still made people in awe of her.

If those issues never took place, the one being crowned on this white jade altar today would be her, right?

This was, perhaps, the thought of all the elves present.

Irina was the most powerful being in the younger generation. She could even go head on with Helena the High Priestess.

She was once the pride of the elves and the only choice for the next queen.

However, she had turned her back on the Wind Forest and her princess’ status was taken away from her. Now, she was even the elves’ enemy.

Was she going to make trouble by coming to the coronation ceremony and landing on the altar directly?

Bennett pulled out his sword and coldly asked, “Irina, what’s the meaning of this?!”

“Don’t worry. I’m not here to make trouble today. I’m here to take part in Sally’s coronation ceremony.” Irina took two steps forward and smilingly said, “The queen is in seclusion and Helena is also hiding away. Someone has to give the new queen a blessing. I don’t think you guys are qualified to do it.”

Those elven aristocrats were embarrassed, but they didn’t dare to voice it out.

Irina’s gaze went over the crowd and landed on Sally at the end of the walkway. Irina smiled.

Sally looked at her and smiled too. She began to walk towards the white jade altar.

Bennett stared at Irina on the altar for a while before lifting his hand to gesture to the Black Queensguard to put away their bows and arrows.

Sally walked up the white jade altar one step at a time.

The two of them stood together like a beautiful couple.

Mag: Something doesn’t seem quite right to me?

1
Tip: You can use left, right, A and D keyboard keys to browse between chapters.
RECENTLY UPDATES 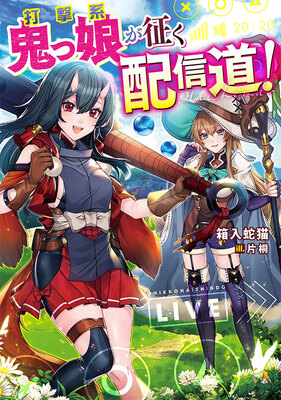 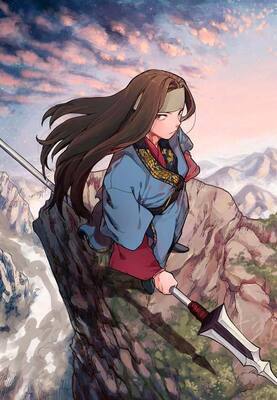 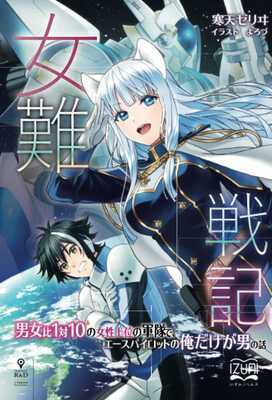 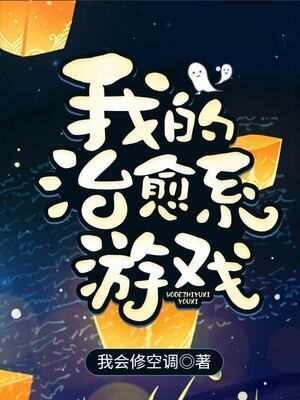