HOME
The Alchemist of Harry Potter
Chapter 1181： Avoid the edge

"Let's go like this? I thought you were going to watch that crazy woman from Bellatrix being taken into Azkaban by the Aurors." Fred put down his binoculars and looked sideways at Ai who was clutching his wrist. Bert.

"I think that crazy woman will probably be put to death." Lee Jordan corrected.

"Yes, that mad woman is too dangerous. The price to pay for killing her is lighter than the price for catching her alive." George also felt that the Auror would kill Bellatrix directly.

The three of them didn't quite understand why Albert didn't see the end. The big scene had just begun, and they had to watch the final scene of Bellatrix before leaving.

George noticed Albert's move and was the first to react.

"Well, the mysterious man is coming." Albert reached out and stroked his wristband and explained to the three, "If you don't want to bump into him, you'd better dodge in advance."

All three were taken aback by Albert's words.

"Scrimgeour isn't here, so the You-Know-Who is probably coming for me."

Albert raised his wand, summoned his Patronus, and let it deliver the news of the mysterious man's arrival to the Aurors who captured Bellatrix.

As for whether the Aurors planned to evacuate immediately, or continued to stay behind to kill the mad woman, that was none of his business.

After the ball of light flew out from the tip of the wand and flew towards the house in front, Albert signaled the three of them to grab his arms and apparated with them directly.

George looked around and saw that the four had appeared on the edge of a remote cliff, with rough waves in front of them.

"A fortification left over from the Muggle War has now been completely forgotten and abandoned by Muggles. I will transform it into a temporary safe house. Come with me." Albert led them around a corner. Crawled into the passage from a hidden entrance, and soon found the safe house.

"Why are we here?" George asked, puzzled.

"We need to wait here for Dobby, he will take us directly to Hogwarts, otherwise we will have to work hard to get into Hogwarts. By the way, it's better not to Apparate directly to our headquarters in the future. , it's easy to leave traces and expose the location." Albert explained to the three, while staring at the Marauder's map to check the current name changes in the village.

"Is it really possible to do this?" Lee Jordan asked in surprise.

"Normal wizards can't do it, but Mysterious Man can, in fact, I can, and so can the Headmaster." Albert muttered, "The Aurors have already evacuated that Muggle village, and Bellatrix has After escaping, those guys are really not very reliable."

Although he had expected it, he still regretted that the crazy woman didn't die, which meant that the killing game he set up failed.

It was a pity that such a good opportunity was wasted by the Aurors.

Sure enough, next time I'll do it myself.

Forget it, take care of it.

"So, you have reached the level of the principal?" The three of them couldn't help but stare at Albert. Although they had expected it, they still didn't expect it to come out of Albert's mouth.

"Can you defeat the You-Know-Who in a duel?" Fred was more curious about this question.

"I don't know, I don't think I can kill him. After all, my opponent is the Dark Lord, and I am far inferior to him in terms of experience." Albert simply admitted this, "It will take time to make up for this."

"If You-Know-Who and the Death Eaters find here, won't this safe house be exposed?"

"It doesn't matter, there is a more hidden safe house inside, so it doesn't matter if it is exposed here." Albert was not worried about this issue, he was more curious about how the mysterious man predicted his specific location, which was very unusual.

"The environment here is a bit bad, there is not even a light source." After looking around, Lee Jordan turned his attention to Albert again, and after noticing the change in the other's expression, he asked tentatively, "Did you think of something? "

"The mysterious man knows that my location is abnormal." Albert looked at Tom Riddle's name that appeared on the map with a gloomy expression.

"But didn't you notice the mysterious man staring at you right away?"

"What's going on?" The three of them said in unison.

"That guy actually asked someone to foretell my position."

"Yeah, no one is better at finding people than a fortune teller," Albert muttered.

Fortunately, the previous response was fast enough, otherwise the group of Aurors would have suffered heavy losses.

"True masters of prophecy are rare, but not absent. Cassandra Vabrsky, author of "Punching the Mist and Seeing the Future." That guy had taken himself to St Mungo's Hospital for Magical Injuries, In the end, he still didn't hide?" Albert shook his head and said, "I knew that I was being targeted by the mysterious man, but I didn't know where to hide. Now it's better that the mysterious man was pulled from the hospital bed, really will cause me trouble."

"That is to say, the mysterious person may know your location through divination in the future?" George quickly grasped the point, and suddenly felt a little bad.

"It's only temporary. Cassandra Vablaski is very old, but she can't stand the tossing of the mysterious man and the Death Eaters. It is estimated that she will not live long." Albert is not worried about this problem. After Cassandra Vabraski is dead, Voldemort will probably have a hard time finding other masters of prophecy.

The three of them were stunned, and temporarily gave up their unnecessary struggles. They all realized that they couldn't keep up with Albert's train of thought, and they were always half-understood.

"What are we going to do next?" George asked what Fred and Lee Jordan wanted to say.

"Go to Hogwarts and see how Cedric is!"

Just then, there was the crackling of an Apparition from the safe house, and house-elves appeared out of nowhere.

Dobby bowed slightly to Albert and asked sharply, "Mr. Anderson, do you have any orders?"

"Take us to Hogwarts, sneak past, don't let people notice." Albert reached out and grabbed Dobby's hand, Fred, George and Lee Jordan quickly reached out to grab Albert, and the four were caught The house-elf disappeared with it.

A group of people showed up at the school observatory, and the observatory was empty at this time.

"Thank you Dobby, I need you to send the three of them back later."

"House-elves can actually Apparate at school." George muttered, looking at where Dobby the house-elf had disappeared, "Why hasn't anyone thought of using house-elves to invade Hogwarts before?"

"Because wizards are so arrogant, they only treat house-elves as slaves and ignore their magic, and most wizards who own house-elves are such people." Albert said contemptuously, "so , they wouldn't even have that thought."

"As expected of you."

The four of them headed towards the school hospital under the cover of the phantom body spell. They also encountered some students on the way, but no one noticed their existence.

When taking a shortcut, Fred slowed down and asked, "With the help of the Ministry of Magic, would you be able to ambush and kill You-Know-Who?"

"We can't really kill the mysterious man yet." Albert stopped to look at the three and said calmly, "Since he can't be killed, there is no point in taking this risk."

"Even you can't help it? So how do we win this war?" Fred asked rhetorically, "Do you really need to rely on Harry?"

"The victory of this war has never been within the bureau, but outside the bureau."

"Dumbledore is looking for a way to kill You-Know-Who?"

"He will find it, and then the mysterious person will become a mortal." Albert said calmly.

"You must know something."

"The less people know about this, the better." Albert said with a shush gesture.

"As for killing the mysterious person who has become a mortal, you don't have to worry at all, because no matter how powerful people are, they may be plotted against." Albert said softly, "You should have heard the three stories in "The Story of Bedouin the Poet". Brother's story!"

"The invincible boss who ended up having his wand stolen and his throat slit by another wizard while he slept."

"The probability of success of this trick is very low." Lee Jordan complained, "I don't think anyone can wipe the neck of the mysterious man while he sleeps."

"It's a metaphor," Albert said.

"We have to weaken the power around the mysterious man first, wait for Dumbledore to find a way to kill him, and finally gather everyone's strength to kill him completely. That is the most stable way.

"Even if he wants to hide, I can find him through divination!"

"So, it is definitely a very disadvantageous thing to meet the mysterious man now, don't forget, he can't be killed for the time being.

The last time he fought against the Aurors of the Ministry of Magic, he was attacked from behind by Malfoy's group, which made him very wary.

What's more, the opponent is a mysterious person. God knows if any wizards on their side have been controlled by the Imperius Curse.

It is obviously a foolish thing to count on the nobility of the You-Know-Who and the Death Eaters, and they will use any means to try to kill Albert.

It's just that Albert never gave them any chance. Childhood Friend of the Zenith The Peerless Movie Queen Is My Wife This Venerable One Really Didn't Abandon My Familiar 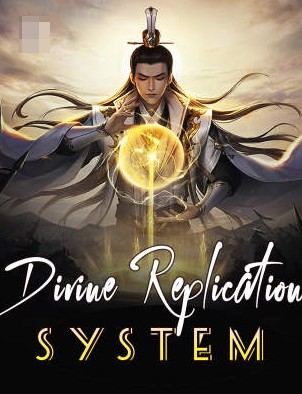