HOME
The Nerd Turned Out To Be The Tyrant
Chapter 39

The Nerd Turned Out To Be The Tyrant

“Did you eat? Did you take your meds? Why is your voice so low?”

「I ate, and the medicine, uhm, I’m going to take it soon. Is my voice different from usual?」

It was definitely different. It was a much lower tone than usual.

However, since he said he would take medicine soon, he didn’t seem sick.

Perhaps, there is a problem with magic tools?

She remembered that she was at a loss for words the first day she received the gift.

Since then, the communication has been very smooth, but it may be an unexpected error because it is still test work.

“Yeah, it sounds a little lower. But don’t mind it too much because it could just be my mood.”

After listening to Luce, Rev was silent for a moment.

He gradually reduced how often he took medicines that had become a habit.

Rev closed his eyes, thinking of Luce beyond the magical tool that had become aware of his condition at the very least when his voice had lowered a little.

As usual, Luce’s chatter was heard.

「I went fishing today? By chance, I ran into Dominic’s older brother, Dietrich, and he asked me to go fishing with him, so I followed him. But I haven’t caught a single fish. Anglers used to say that they caught time instead of fish, but I didn’t think I wouldn’t catch even one. Rev, have you ever been fishing?」

「”No, I’m not saying let’s do it together… Hahaha. Well, it would be fun to go fishing together. You’re a patient and static person, so the fish won’t be afraid.」

Hearing Luce’s voice, the chills brought on by the absence of the medicine, and the painful dreams at the end of it somehow felt distant.

「Ah, I was the only one talking about it for a while. Sorry. Am I talking too much by myself?」

You know that this was made for you. It’s not like that.

「By the way, are the preparations going well for the sparring with Knight Franz? I didn’t know it then, but now that I think about it, I think I was swept away by the atmosphere. Of course, I believe in you, but what if you get hurt while playing with that person?」

I made it because I needed you. Maybe I’m using you.

「Why did he come in the first place, that person?」

It wasn’t long before she found out the reason for Franz and Angel’s visit.

“What do you do so much at the same time?”

“As everyone knows, Miss Lucette. There’s no great reason to handle multiple events at once. It’s just….”

Luce nodded as she saw Yohan blurring the end of his words.

It’s a matter of money.

“There are some adult circumstances.”

“You’re on a tight budget.”

The whole time they were dragging, Aide Yohan looked sullen.

She was worried that there might be a problem with the new equipment, but it seemed that it was fatigue due to heavy work.

As an aide, he must be worried because he has to put on three events with a limited budget and a wide variety of things.

She raised his hand to pat him on the back because he had been working hard when Rev suddenly started talking to her.

“Then why are you going to the tower? I don’t think the event will be held at the tower.”

Luce was also curious about that question, so when Yohan turned around, she pulled back her hand.

“Ah, there was a new facility brought in a few days ago. It is in the tower.”

It is the place where Franz and Angel searched for the Lord.

She only knew that there was a new facility, but she didn’t know exactly what it was.

“I think he wanted to show it to you guys at least once because it was a success on running the test.

Yohan, who was secretly sad, seemed to be a little comforted by the words.

As soon as he felt better, Yohan put his arms around the two children.

“If the Lord shows it, pretends to be as surprised as possible. Cheers and applause for it. There is already a lot of that kind of equipment in the capital, but it’s rare to find it in a small territory, so he’s very impressed. Think of your reaction as the reaction of the visitors, you know what I mean?”

Luce nodded eagerly, and Rev naturally slipped out of his arm and pulled Luce back.

Yohan, who was stumbling in the middle of the mess as the two kids he was leaning on slipped out, coughed awkwardly.

“It will be a good opportunity for Revinas too. It’s not easy to study Magic Engineering alone, is it? One look at the prototype will help you understand the principles and help you create new engineering products.”

What do you mean it’s not easy? No way. Rev already knows how to make things like this.

Rev, who made eye contact as she tried to take out the harness pendant, shook his head gently.

‘Is it because you made it secretly for personal use?’

Okay. This is a secret.

Her conscience was pricked a little, but Rev might be in trouble if he was caught.

Luce decided to keep a small secret between the two of them.

“We have arrived, Your Excellency.”

The Lord’s voice sounded very excited even after hearing it roughly. Maybe his performer is going up to the chandelier to pierce it.

Luce closed her eyes, wondering if it would be difficult to match grandfather’s mood.

She was also a little curious about what the magic engineering equipment would be like.

‘The magic tool communicator that Rev made by himself was so amazing, but if it was brought in from the territory unit, it would be really great, right? Isn’t it like changing the weather or playing a video?’

Luce went down the podium, holding Rev’s hand tightly, and waited for the countdown.

I opened my eyes.

A huge piece of equipment covered in jewels and taking up an entire tower floor was looking down at them.

Its majesty was overwhelming.

“Let me introduce you. The crystallization of magic engineering that will bring a new wind, no, a new light, to the Rodante estate! A symbol of intensive technology! Everyone said it was inevitable that it would fail, but in the end, it was the ultimate advanced facility that had to succeed!”

Luce prepared to clap and waited for the words to fall.

‘Static? The static I know?…Static electricity?’

‘Reaction is also a difficult thing. I can see why the part-time job as an audience member pays a lot.’

Luce, whose voice was half hoarse from laughing so much, tried hard to calm her twitching mouth.

“Oh my. Can’t you hear the sound of an organ somewhere?!”

“If I may add one more word, this is the sound of the piano, Miss Lucette!”

“Ah, the sound quality is so bad… No, the resonance of the sound is too loud!”

Rev didn’t react much, so the reaction was all up to Luce.

Fortunately, the Lord seemed to be proud when he looked at the machine as he ran and danced in place.

Because of that, she used up all her stamina today. Rev helped Luce out of the tower, and when she returned to the study, she collapsed on the desk.

‘I was a bit disappointed at first because the function is small compared to the size, but it’s still great by today’s standards.’

Lighting equipment, sound equipment, and heating/cooling — of course, I wasn’t sure about this part. It was because the Lord tried to show that he was getting warmer, but failed. Rather, Rev’s hand was warmer— it’s like he can control everything from a single console, even the devices.

And after the Lord stumbled through a certain procedure, the machine’s signal could reach most of the Rodante estate.

She was less moved because she lived with the benefit of electricity, but the people of Rodante’s territory would surely be thrilled if they saw it.

‘Everyone will be happy to hear that the equipment will be open to the public on the day of the Harvest Festival, Academic Festival, and Music Event.’

Of course, Rev would be curious too, right? It would be the first time Rev to see such a machine.

But Rev seemed lost in thought.

“There weren’t many features compared to the scale.”

“It would be more efficient to purchase separate magic tools and facilities that perform each function and connect them. If it stays that way, the remaining magic power of the magic stone will be consumed quickly, and above all, it will easily overheat because it is not lightweight and optimized. I don’t think I will be able to use it for long.”

Regardless of what Luce thought or not, Rev continued.

“At the time of purchase, it was said that one magic stone would be able to use it for about a year, but since there was no cooling facility in sight, the expected usage time would be around six months at most. The life expectancy of the machine itself is expected to be about five years.”

Judging from what he was saying, he seemed to have just come out of something else.

Between Rev, who was only blinking, and Luce, who was staring blankly at him, Luce was the first to come to her senses.

If what he said was true, he had one promise.

“Rev, you said something.”

Rev, who clumsily hide his nervous expression, smiled at the words that followed.

“Let’s keep it a secret from Aide Yohan and the Lord. Both of them… No, it would hurt to find out that the machine isn’t really that great.”

“Ung. That would be better.”

The two nodded at the same time. 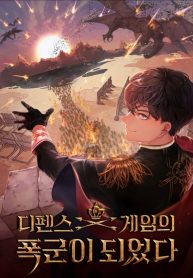 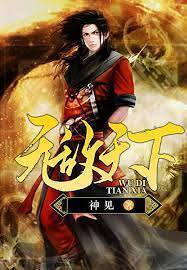